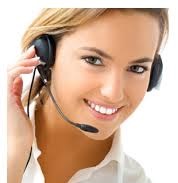 Sigma-Aldrich Corporation is an American life science and high technology company with over 9,600 employees and operations in 40 countries .Its chemical and biochemical products and kits are used in scientific research, biotechnology, pharmaceutical development, the diagnosis of disease, and as key components in high technology manufacturing.

Sigma Chemical Company of St Louis and Aldrich Chemical Company of Milwaukee (founded by Alfred Bader) were two leading American specialty chemical companies (companies from which chemists could buy thousands of specific compounds by mail order) when they merged in 1975. By 2001, Sigma-Aldrich had a total corporate offering of more than 100,000 chemical products.

Aldrich Chemical Co. merged with Sigma International, Ltd. to form Sigma-Aldrich Corporation in August 1975, when changing trends in chemical research confirmed the synergy to be realized from their complementary product offerings. Annual double-digit growth was the norm in the 80s and 90s, with significant expansion in facilities, major acquisitions and ventures into new market sectors. In December 2000 Sigma-Aldrich launched a strategic plan focusing the Company on “Leadership in Life Science and High Technology.” Other key initiatives on service and process improvements and a strong Internet presence have strengthened Sigma-Aldrich’s current position as a leading technology company. In October, 2000, Sigma-Aldrich announced the intention to enter into a manufacturing and exclusive distribution agreement with Proteome Systems. In Sep, 2001, Sigma-Aldrich donated $250,000—shared equally by the New York Firefighters 9-11 Disaster Relief Fund and the WTC Police Disaster Relief Fund—on behalf of its employees, customers and shareholders.

2001 – Acquisition of Isotec, a leader in stable isotope production, whose products are used in basic research and the diagnosis of disease; opening of $55 million Life Science and High Technology Center in St. Louis.

2003 – Doubling of US sales force; $57 million investment in production, R&D and warehousing.

2004 – Acquisitions of Ultrafine, a supplier of contract manufacturing services for drug development, and Tetrionics, a producer of high potency and cytotoxic active pharmaceutical ingredients.

2005 – Acquisitions of JRH Biosciences, a major industrial supplier of cell culture products for the pharmaceutical and biotechnology industries, for $370 million, and the Proligo Group, a global supplier of key genomics research tools; announced membership in The RNAi Consortium and joined leading institutions including MIT, Harvard, and Eli Lilly to develop and distribute genome-wide shRNA libraries globally.

2012 – acquisition of BioReliance, a provider of "biologic, specialized toxicology and animal health testing services". BioReliance had previously been acquired by Invitrogen and subsequently sold to Avista Capital Partners.

2014 - Merck KGaA announced that it would purchase Sigma-Aldrich for $17 billion.

November 3, 2014 – Sigma-Aldrich filed a definitive proxy statement with the U.S. Securities and Exchange Commission to hold a special investors meeting regarding approval for the sale to Merck KGaA, Darmstadt, Germany.

Aldrich is a supplier in the research and fine chemicals market. Aldrich provides organic and inorganic chemicals, building blocks, reagents, advanced materials and stable isotopes for chemical synthesis, medicinal chemistry and materials science. Aldrich's chemicals catalog, the "Aldrich Catalog and Handbook" is often used as a handbook due to the inclusion of structures, physical data, and literature references. Many students use it as a reference book, especially undergraduates, as it is offered free by request.

Fluka manufactures chemicals and reagents for analytical, organic and biochemical research, and intermediates for the chemical and pharmaceutical industries.

Riedel-de Haën was incorporated with Sigma-Aldrich in 1999 and manufactures reagents and standards.

Sigma Advanced Genetic Engineering (SAGE) Labs is a division within Sigma-Aldrich that specializes in genetic manipulation of in vivo systems for special research and development applications. It was formed in 2008 to investigate zinc finger nuclease technology and its application for disease research models. Located in St. Louis, Missouri, SAGE Labs have developedknockout rats for the study of human diseases and disorders (such as autism), which are sold for up to $95,000. SAGE also announced its first successful effort in creating a "knockout rabbit". Its facilities include a specific pathogen free, biosecure vivarium as well as research and development labs.

Carbolabs produces research quantities of chemicals produced by phosgenation reactions. The company was acquired in 1998.

BioReliance provides testing and manufacturing services to pharmaceutical and biopharmaceutical companies that span the product cycle from early pre-clinical development to licensed production. The company was acquired by Sigma Aldrich in January 2012. Facilities include state of the art labs in Rockville, MD, The United Kingdom, and Tokyo Japan.

For visit this part please go to Login or Register.
products
information
contact